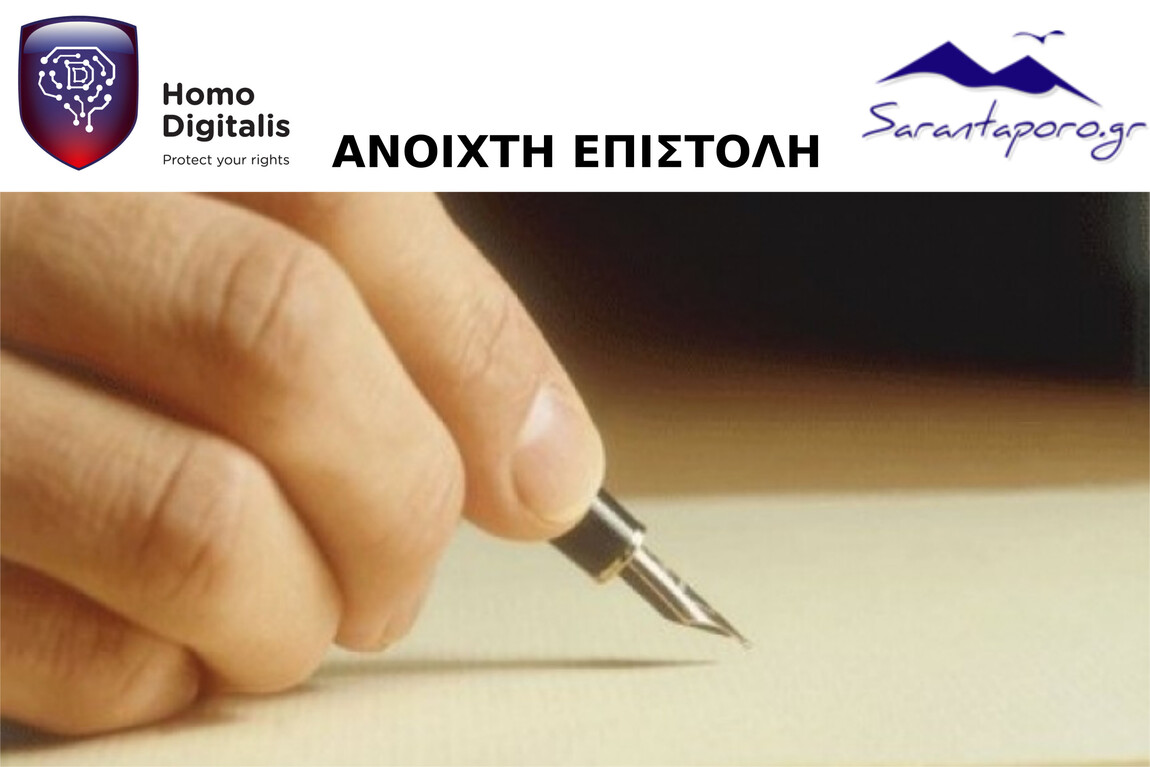 Sarantaporo.gr and Homo Digitalis contributed their comments in the online consultation, which expired on July 17, 2020, on the draft law on the new Electronic Communications Code. The amendments proposed by the two organizations are aimed at creating a favorable regulatory framework for the development and operation of community broadband networks by citizens in Greece. Following their participation in the consultation, the two organizations jointly sent an open letter to the Minister of Digital Government Mr. Kyriakos Pierrakakis and the Secretary General of Telecommunications and Post Mr. Antonios Tzortzakakis, bringing these proposals to their attention.

Community broadband networks created by citizens to provide internet connectivity are recognized by the European Commission, the Internet Society (ISOC), the UN and other international organizations as an approach that can make a significant contribution to bridging the digital divide and to empower digital citizenship. The importance of these networks has become particularly apparent in recent years due to the fact that, even today, half the world's population remains unconnected. At the same time, the voices and decisions of international organizations that characterize Internet access and communication as a basic human right are increasing.

Read the full contents of the letter (in greek)

Sarantaporo.gr and Homo Digitalis have been collaborating since February 2020, with the aim of creating and promoting in Greece a proposal for a favorable legal and regulatory framework regarding the creation and operation of local community broadband citizen networks.

The Sarantaporo.gr wireless community network is a project that has been active since 2010 in the mountainous and isolated villages of the Elassona Municipality. The mission of the organization is the bridging of the digital divide and the empowerment, through digital literacy, of the local inhabitants. With direct participation of local community members, it builds a modern wireless telecommunications infrastructure, which today serves 11 villages and about 3,500 inhabitants.

Sarantaporo.gr was recently awarded with the first prize of the European Broadband Awards 2019, the leading institution for highlighting and promoting important broadband development initiatives at a European level.