Participation of Sarantaporo.gr in the European research project CONFINE

Last fall, when the Sarantaporo.gr team was informed that the FP7 project CONFINE announced an open call for new partners to join, in order to expand their research network, the team did not back down and filed a formal proposal on November 14, 2013. The processing of all submitted proposals took more than 3 months until the results of the evaluation were announced on 24 February 2014. Of the 63 proposals submitted in total, Sarantaporo.gr's proposal received a high rating and was accepted, along with another 7, to participate in the program and secure the required funding!

Walking through the village one can see the old houses, the little churches, the stone terraces, the old fountains. Works that have stood the test of time and shape the village’s concept into images and functions so familiar and sweet that make you forget one very basic detail: the social dimension they emit. It is an example of a very old social function and participatory creation. In simple terms they are works of village society, which the whole village helped to create. Then people had a clear mind to meet their daily needs by working as a group, as a community, without the need for outside intervention and support to develop the necessary infrastructure. Wanted a school? They all came together, worked together and built a school. The same way public faucets were made, the alleys became streets, the meeting points became squares, the chapels became churches and the village got what it needed, at least the basic and absolutely necessary.

Today, societies have become more complex and selfish. However, the same philosophy can still create community infrastructures, such as a community wireless network, created by a community of people and offered for sharing. Another example of an infrastructure as a commons is the road built by neighbors in a village, enabling all their fellow villagers to use it when passing by and vice versa.

An idea to get flesh and bones needs a propulsion, an impetus to start walking. In the case of Sarantaporo.gr community networks, this impetus is now given by our participation in the European project CONFINE. Confine is a research project that, integrating wireless community networks from different countries in Europe, creates an experimental platform for further research and development of modern ICTs.

Last fall, when the Sarantaporo.gr team was informed that the FP7 project CONFINE announced an open call for new partners to join, in order to expand their research network, the team did not back down and filed a formal proposal on November 14, 2013.. So, the Sarantaporo.gr team submitted its official proposal at the Open Call 2, accompanied by letters of support from the Municipality of Elassona, the University of Thessaly and the GFOSS.

Sarantaporo.gr's proposal for the project includes an extension of the CONFINE experimental testbed to the Sarantaporo.gr wireless community network with the installation and operation of 18 new nodes, which will integrate the existing village networks into a new multi-path backbone network with high interface speed. The interconnected networks are already providing internet access to 15 villages in the Sarantaporo area of ??Elassona Municipality, and this upgrade will lay the foundations for further development and improvement of this infrastructure, thereby highlighting this effort as a sustainable model of modern development. community infrastructure for the benefit of the local community.

At the same time, we will focus on the socio-economic impact of wireless Community networks in rural and remote areas and address the issues that affect the sustainability of such a development model for common infrastructure. 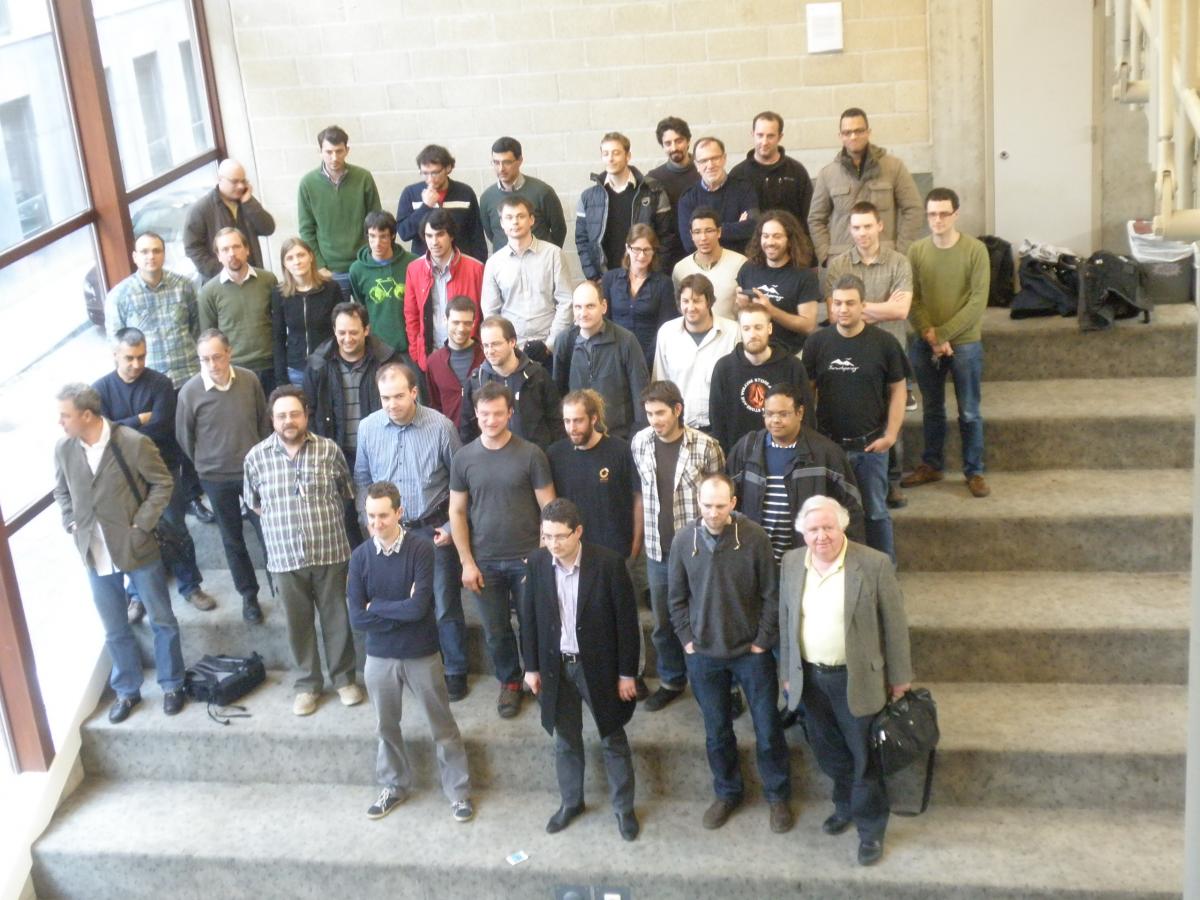 The processing of all submitted proposals took more than 3 months until the results of the evaluation were announced on 24 February 2014. Of the 63 proposals submitted in total, Sarantaporo.gr's proposal received a high rating and was accepted, along with another 7, to participate in the program and secure the required funding!

Our proposal was accepted, so we have secured the necessary budget to implement the plans. Next stop was the kick-off meeting of the project in Antwerp, Belgium, on March 10-15, 2014, where all partners, both old and new, participated in Open Call 2, such as Sarantaporo.gr NPO.

We believe that the key to the success of the project is the local communities in the villages to understand the benefits and opportunities offered by the development and operation of such infrastructure in their area and to desire to be actively involved in its implementation and operation. Thus, it is proposed to create technical teams per village that will be staffed by volunteers from the villages. They will be trained and in collaboration with the Sarantaporo.gr core team, will be responsible for the operation and maintenance of their village’s network. For this reason, the implementation of the project, initiates with the organization of informative events / meetings, the so-called Info Points, in all the villages involved.

So let's all rebuild together, as our grandparents did, the "electronic" roads in our village, and let's share them with the neighboring and adjacent villages, so that we can build a reliable network of "electronic" roads that we can all share. These can be used to go to the "e-market", the "e-public" service, the "e-commerce" and e-pharmacy, the "e-school", the "e-encyclopedia" and all the other "e-places" we visit daily or will visit in the future - ourselves, our children and grandchildren.

For the best to come, we must bring it ourselves!