Looking for synergies around the pillar of Sarantaporo.gr community network 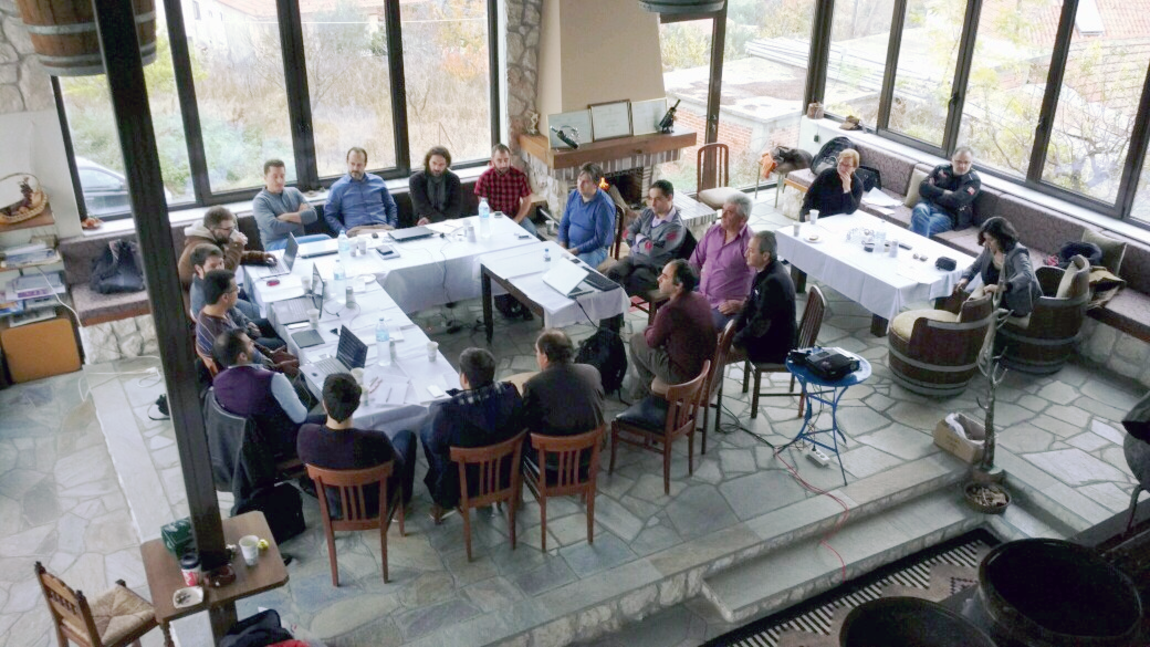 Since 2013 I have been actively involved in the community network Sarantaporo.gr, an initiative of people from the village of Sarantaporo. The village is located in Elassona, Thessaly, opposite Olympus.

Launched as a small initiative in 2010 by a group of friends who wanted to give their village access to the internet, today the community network Sarantaporo.gr covers 14 villages in the area, serving 5,000 residents and nearly twice as many visitors. of the year. One of the many secrets of its success has been the openness of the core group of people and their relentless pursuit of working with individuals, groups, organizations, businesses from different areas, with a common interest in developing the Community network.

During the last weekend of November 2016 we organized a meeting with selected participants in Milea, one of the community-connected villages, where we invited local farmers and breeders to sit at the same table with representatives of the academic community, startups, representatives of the social economy and the business. The all-day meeting was organized as a participatory design workshop with the aim of highlighting opportunities for collaborations to create solutions to the problems of the local economy. Access to markets, monitoring of local climatic conditions and forecasts, adoption of new technologies in a conservative environment, were some of the major problems associated with local production that were highlighted by local professionals. Social problems, such as social cohesion in remote areas, were also recognized as important priorities. During the discussions, there was a need to look at best practices from other areas. This was partially fulfilled by the participants' presentations.

Presentations included, inter alia, the Sarantaporo.gr Community Network, a case study of a French cooperative by L’atelier Paysan, smart agriculture solutions by GAIA and NEUROPUBLIC and the European research project NetCommons. It didn't take long before the meeting began, as opportunities for strong synergies began to emerge. For example, a local farmer expressed interest in connecting his farm to the internet. This could be subsidized by GAIA, by financing the expansion of the Sarantaporo.gr community network, so that the company itself can offer its smart solutions for real-time monitoring of livestock.

The event closed with enthusiasm and commitment from everyone to organize the next meeting at an open event that will address local communities.

But we didn't end up like that! The meeting continued the following day with a visit to Sarantaporo village and a tour of the Sarantaporo.gr community network infrastructure. The final destination was Sakis Tavern in Kokkinopilos village, where we had the opportunity to discuss and exchange views in a relaxed and friendly environment, during a delicious meal. However, the restless spirit of the Sarantaporo.gr network technicians manifested itself during the dessert! The paper tablecloth became the means of designing and optimizing the network architecture, while a village resident and volunteer of the network found an opportunity to be trained in network cable construction! Enjoy in the video below: