Documentary screening in Sarantaporo village on Friday 6th of May 2016 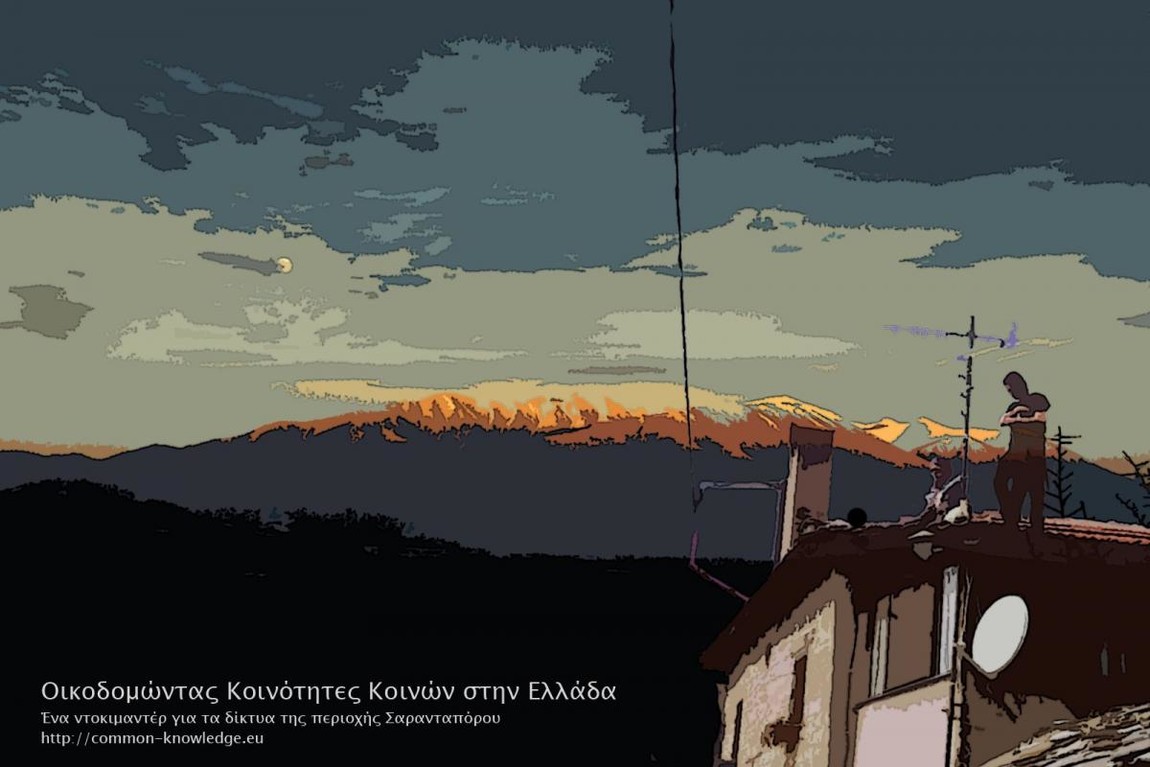 We are pleased to invite you to the screening of the documentary "Building Community of Commons in Greece. A Documentary about The Sarantaporo.gr Community Network", which will take place on Friday, May 6, 2016 at 6 pm in the Cultural Center of Sarantaporo village.

The event will start with presentation of the Masters thesis by George Klissiaris on "Exploiting Digital Technologies as a Growth Factor in Rural Areas - The Case of Sarantaporo.gr NPO". An open discussion with the public will follow after the screening.